You hate them. And so do many others.

And yet, they're everywhere. What gives?

On one hand, some pop-ups serve up advertising to generate revenue for that particular website.

And it's hard to fault a website for that. After all, the web isn't free, and we shouldn't feel entitled to it.

But lately, these pop-ups have gotten a little intense, and it's detracting SIGNIFICANTLY from the user experience.

And that's a shame, because when implemented correctly, pop-ups can actually ENHANCE the user experience and drastically IMPROVE conversion rates.

Before going any further, let's define what' we're talking about exactly.

The most common (and over-used) pop-ups take over an entire webpage, and often appear within the first few seconds of your visit. 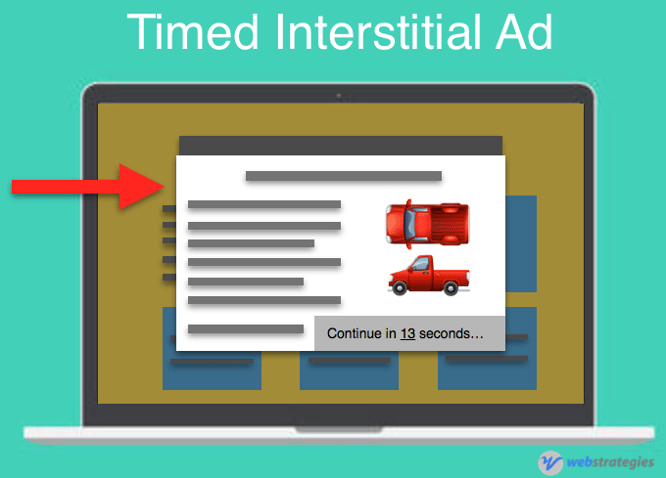 These are called “interstitial ads.” They put a hard wall between the user and the content the user came to read.

For the user, these are by FAR the most frustrating.

Less intrusive pop-ups, called ‘call-outs,’ occupy a smaller portion of the screen without taking over the content entirely.

They typically slide in or "float"  at the very bottom or top of a webpage. 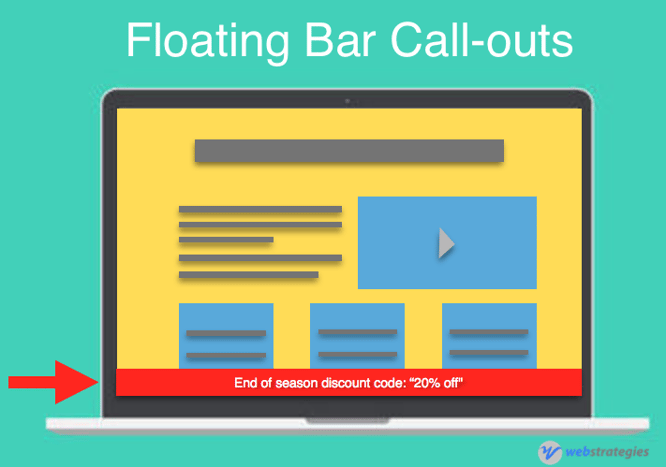 They achieve high visibility without blocking any of the webpage content (you may see one on our site this very second).

Pop-ups and callouts are most often used for sponsor advertising, a promotion, or some other form of website conversion.

Websites continue to implement all kinds of pop-ups in attempt to generate more revenue and increase conversion rates.

And there’s a pretty simple explanation for this: they work really well.

So naturally, once marketers discover an effective tactic, they overuse it - usually to the detriment of the user.

That's where we are today.

But now, upcoming changes to Google will impact how far websites are willing to go with their pop-ups.

The following post will detail upcoming Google changes targeted at certain pop-ups, followed by the traits of highly effective pop-ups.

What Does The Google Update Target? 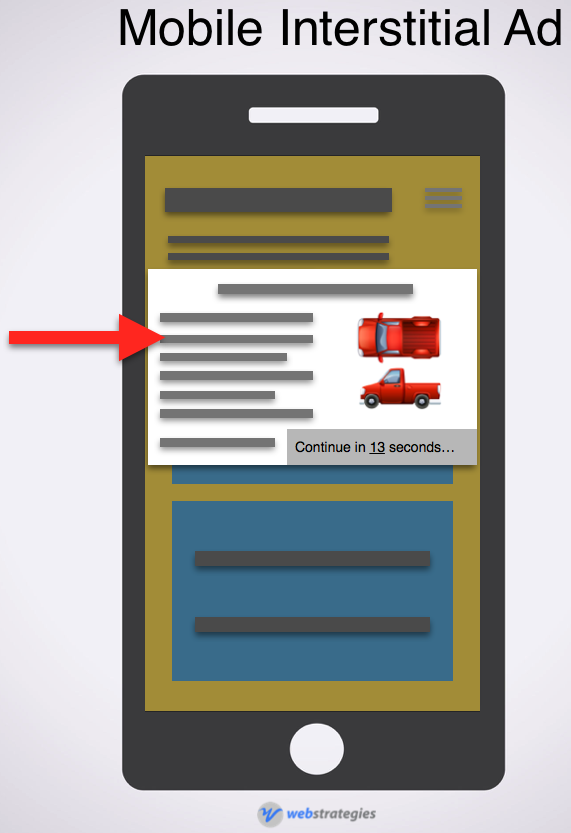 This update will NOT impact websites that require a login to view content, websites which require age verification, or less intrusive pop-ups which are easily dismissed.

When Does It Go Into Effect?

Why Are They Doing It?

If a website offers a poor user experience, Google does not want it in its search results.

Google has decided (quite understandably) that interstitial ads on mobile websites detract from the user experience, and therefore are less worthy of ranking high on Google’s search results pages.

The Traits Of Highly Effective Pop-Ups

Google‘s upcoming changes DOES NOT mean websites should stop using them.

To do that, let’s explore the traits of highly effective pop-ups.

The number one rule for creating an effective pop-up is relevance. The offer in your pop-up should tie directly back with the reason the visitor is coming to your site.

If you want to offer an ebook that captures user emails, tailor the ebook after your blog post with the most traffic.

For example, if your most popular blog post is “7 Ways To Spot An Unhealthy Tree,” your ebook could be about DIY tips for promoting healthy tree growth.

If you have a webinar signup page, you could implement an exit intent pop-up for visitors who see the page but DON'T register. The offer could then be to enter your email for a recording of the webinar since you won't be able to attend.

Continuing with the theme of relevance, an effective pop-up leads the user further down a path.

This could mean offering an automatic discount to anyone who reaches a product page, or some high value content for people who read a certain blog post (as described above).

You could call this the “if you liked that, then you’ll really like this” strategy.

The timing of your pop-up can impact both the user experience and the pop-up’s effectiveness.

Pop-ups can be displayed using a combination of the following triggers:

The more precise the timing of your pop-up, the more relevant and effective it will be.

Not everyone will want your offer. That last thing you want is to create frustration for the user simply because they don’t want it.

An effective pop-up should have a large “X” button or clear language to decline the offer.

There shouldn’t be a countdown timer before the user can decline the offer (all of our time is valuable - don't waste it).

Finally, the offer should not continue to show on subsequent visits (if they declined it today, chances are they’ll decline it tomorrow).

We recommend setting a 30-day cookie when an offer is declined. This will prevent the offer from showing for at least another 30 days.

Finally, an effective pop-up puts the user first. The user came to your site to accomplish a specific task, and no pop-up should interrupt that journey.

Instead, a pop-up should work alongside your existing content and enhance the overall user experience.

As those websites rework their pop-up strategy to comply with Google’s new recommendations, marketers need to get more creative and user-centric with their website pop-up strategy.