Bing Bigger Than Digg, Twitter, and CNN: A Dumb Comparison

Social Media news site Mashable.com (of which I am a fan) made a post on Wednesday on Bing's surge in internet popularity. After only one month, Bing is now the 13th most visited site on the internet.

"According to Compete.com, Bing was able to amass 49.57 million unique visitors in its first month as Microsoft’s official search engine. Bing’s traffic trumps that of Digg (38.96 million) Twitter (23 million), and CNN (28.54 million). We want to note that this focuses on U.S. visitors, since Compete does not track international visits." 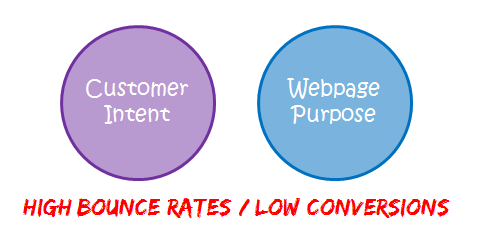 Is Bing really taking off at an astronomical rate positioning itself to pass internet overlord Google, or are we drawing some lame comparisons? Unfortunately for Steve Balmer's dream of building a real-life Death Star, it's the latter.

Here's are reasons why this news is very unimpressive:

1) Dumb Comparison: Twitter, CNN, and Digg are not search engines. They are completely different kinds of sites and used very differently. Comparing Bing to these three is like comparing a bank to a night club.

2) The Hype: Microsoft spent $300mm in advertising for Bing. If you haven't seen or heard about it last month, you're living in a cave. Curious visits do not equal loyal users.

3) Live redirect: If you used to use Live.com for searching, you are now redirected to Bing. Bing has simply inherited all Live traffic. Live was already bigger than Twitter, CNN, and Digg so it makes sense that Bing is where it is.

Another important point worth noting: this is not representative of search volume. Only site traffic. Microsoft email accounts are hosted on Live which do not migrate to Bing (at least, not yet), and Yahoo offers plenty more than a search engine (mail service, news, etc).

Nothing about the current data on Bing can be attributed to user loyalty. It's first month of traffic was contaminated with hype and advertising $$'s that won't stay around for long. We're nowhere close to drawing real conclusions on the success of the search engine, especially not when we're comparing it to non search engine sites. Show me search volume numbers in three months and then I'll take a serious look...